ENGLISHTOWN, N.J. (June 9) -- Fulfilling a prerace promise to hold nothing back in his pursuit of a third world title in the J&A Service Pro Mod Drag Racing Series, Troy Coughlin came out swinging at this weekend's 48th annual NHRA Summernationals, charging to the top of the provisional field with a stout 5.772-second quarter-mile pass at 257.53 mph in his twin-turbocharged JEGS.com
Chevrolet Corvette.

"It's pretty awesome," Coughlin said. "I'll tell you, it's a lot of work and a lot of passion in this class
for sure. 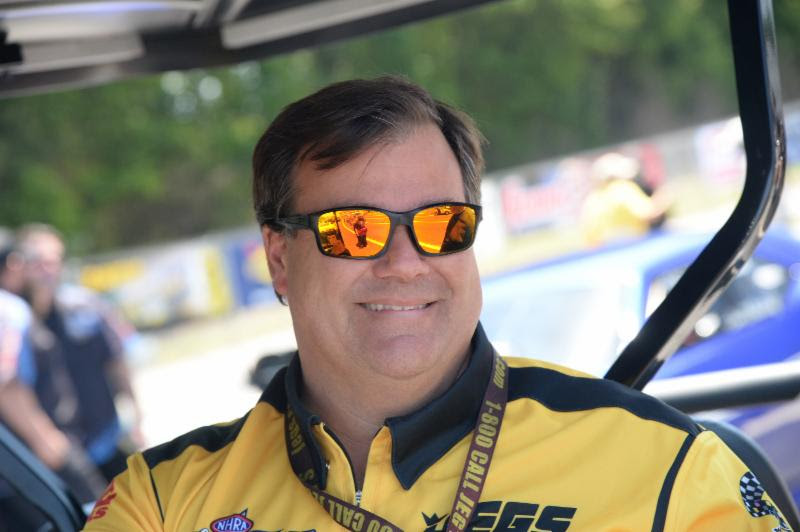 "After our first (aborted) run we had to find out what caused a little bit of an issue with some electronics in the car and the guys came back and found a connection that wasn't the way it's supposed to be," Coughlin said. "You know, when you have a five-star team, they just jump on it and put everything back in line. Then we go out there and take the No. 1 spot like it was meant to be. That's pretty cool."

Obviously, Coughlin qualified better than the four guys he's currently chasing in the championship points. Points leader Mike Castellana is 13th with a 5.858, second-ranked Steve Whiteley is third overall with a 5.795, No. 3 Steve Matusek is 11th with a 5.847, and fourth-place Steve Jackson is 12th with a 5.851.

"Qualifying anywhere in the top five would have been great but to end up No. 1 in the J&A Pro Mod Series is a feat in itself," Coughlin said.

"Anything can happen and I think some guys may be toying with us so I can't say we're locked into the No. 1 spot but it helps that it's supposed to be warmer tomorrow and even hotter Sunday," Coughlin said. "It's tough already and it gets tougher as the heat increases. It can be a real game changer, but I feel good about it.

As for the tune-up his team will use, the 2012 and 2015 series champion has plenty of confidence in his crew.

"You've got to dig deep into your database and look for the best setup possible for what the conditions are at the time you're supposed to run," Coughlin said. "We've raced in a lot of different atmospheres and have good data on stuff. My crew chief Steve Petty, along with Mike Rees and Kyle Pettis do an excellent job on this thing and they deserve a lot of credit." 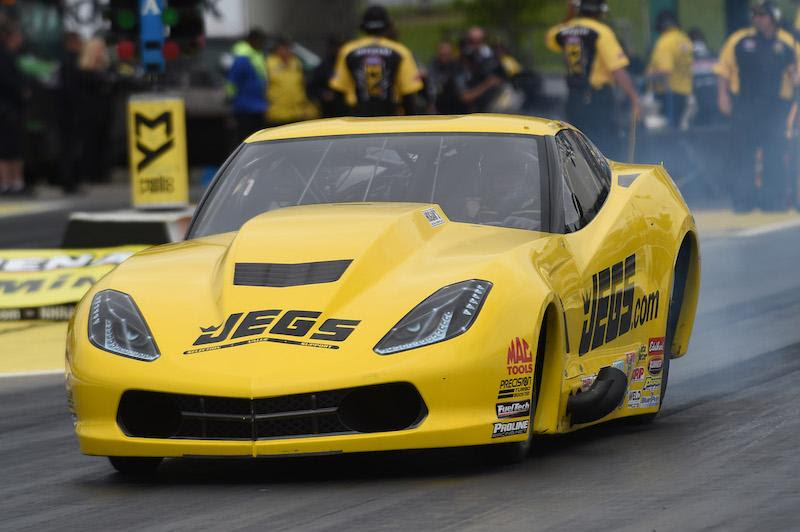