GAINESVILLE, Fla. (March 18) -- The 2017 J&A Service Pro Mod Drag Racing Series is off to a perfect start for Troy Coughlin. The two-time world champion already has an elimination-round win under his belt and is braced to put even more distance between himself and longtime friendly rival "Tricky Rickie" Smith, who lost in Saturday's opening round of eliminations.

"It's always nice to get that first elimination-round win of the season," Coughlin said. "We go a long time between the Las Vegas race at the start of November to the Gatornationals in mid-March without racing so it feels good to get back in the car and win the first match-up of the new season." 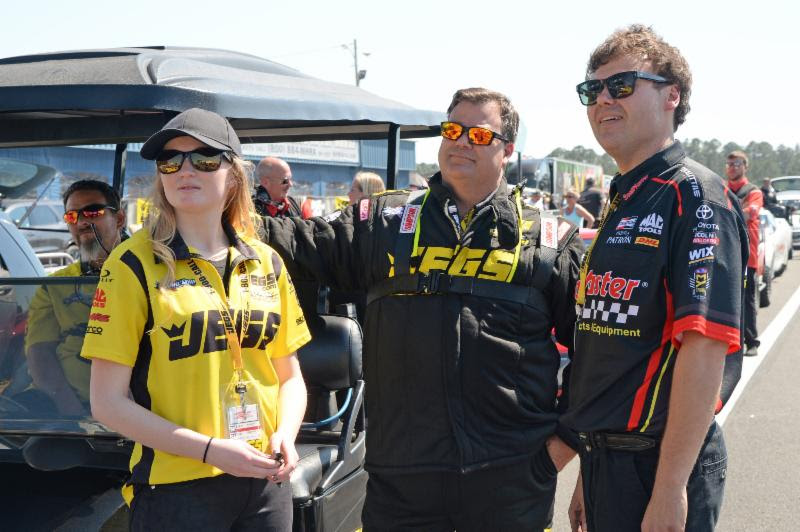 "Any time you can gain ground on a driver of his caliber, you have to take it and run," Coughlin said. "But I'm sure Rickie would tell you there are lots of other very capable drivers out here. We may have won the last five championships between us but it was a pretty intense fight every time, and not just against each other. Pro Mod has gotten so hard, which makes every success so much sweeter."

With the NHRA changing the rules to make it slightly easier for supercharged and nitrous-assisted Pro Mod cars, Coughlin wasn't entirely sure how his turbo-charged JEGS.com Corvette would stack up against the competition. Through qualifying, he was ninth-best overall with a top pass of 5.828 at 253.33 mph.

That placed Coughlin at a slight disadvantage for Round 1 when he lined up against Steve Matusek, who qualified eighth with a 5.821 at 253.85 mph. But in eliminations, Coughlin was able to turn the tables on his opponent, gaining a sizable .045-second advantage at the starting line and running away to a 5.807-second, 252.24-mph victory in front of Matusek's 5.825 at 252.38 mph.

"I felt like I got out ahead of him at the start but I could sense he was hanging right with us so I didn't feel comfortable until the win light came on," Coughlin said. "Steve certainly kept us honest because any mistake would have given him the win."

Up next, Coughlin will face No. 16 qualifier Eric Latino, who recorded a huge upset win over top qualifier Steve Jackson in Round 1 when his career-best 5.779 at 256.45 mph lit the scoreboard in his lane. Latino's pass was not only a personal best but the quickest of the event.

"Eric made a great run and that just goes to show you anyone can win at any time in this class," Coughlin said. "He was decent in qualifying (with a 5.855) then turns right around and runs a career-best to knock off the No. 1 driver. It speaks volumes about the talent in this class and tells me we better bring all we got to this next round." 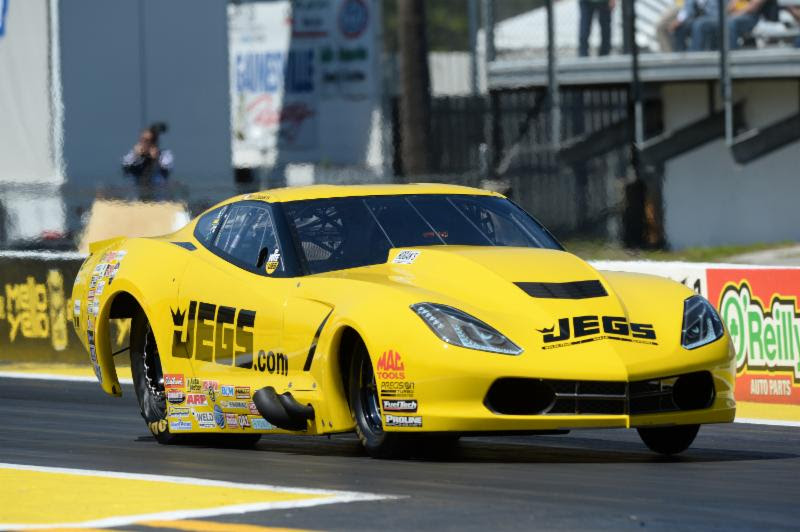