En route to the final round, Coughlin, the No. 2 qualifier (5.743 seconds at 258.76 mph), powered his twin-turbo Corvette to wins over Jim Whiteley, Jonathan Gray, and Rickie Smith respectively.

n the final round, Coughlin went to battle with Brazilian Sidnei Frigo. Coughlin's bright yellow JEGS.com race car struggled to get traction almost immediately, which let Frigo get the win light, 9.079, 122.76 to 6.318, 203.68.

"We had a fantastic weekend," Coughlin said. "We just lost a little traction in the final and weren't able to get the win. We had a good Round 1 match-up with Jim Whiteley - We hate to beat the sponsor of the series (J&A Service) but a race is a race. We ran great against Jonathon Gray in the second round and pretty strong against Rickie Smith in semis. He's such a strong competitor, so we were looking really good going into the final but strange things happen sometimes, that's just racing."

With the points leader Mike Castellana losing in Round 1, Coughlin knew he and his JEGS.com team had to "strike while the iron is hot" and take advantage of their unexpected good fortune.

"Mike Castellana is still leading the points but we picked up three rounds in the points so we are now just a round or two behind him at this point," Coughlin said. "We just keep nipping at their heels.

"Shane Molinari who is third in points went out in the second round, so we separated ourselves from him a little more. We just have to keep shortening the gap on Castellana and stretching it out
on Molinari.

"I certainly have the best team in Pro Mod lead by Steve Petty (crew chief), Kyle Pettis and Mike Rees. A special thanks to all the people at JEGS.com, Pro Line Racing Engines, Mac Tools, Fuel Tech, and my family for putting up with all of the travel and me being gone to go racing.

"It's also great to put a Chevy in the final of the Chevrolet Performance U.S. Nationals."

Currently in 2nd place in championship points, Coughlin Sr., a 52-year-old Ohio native, won the event in Bristol, Tenn. in June, and now has 25 NHRA national event final rounds with 12 victories in his 23-year professional career. 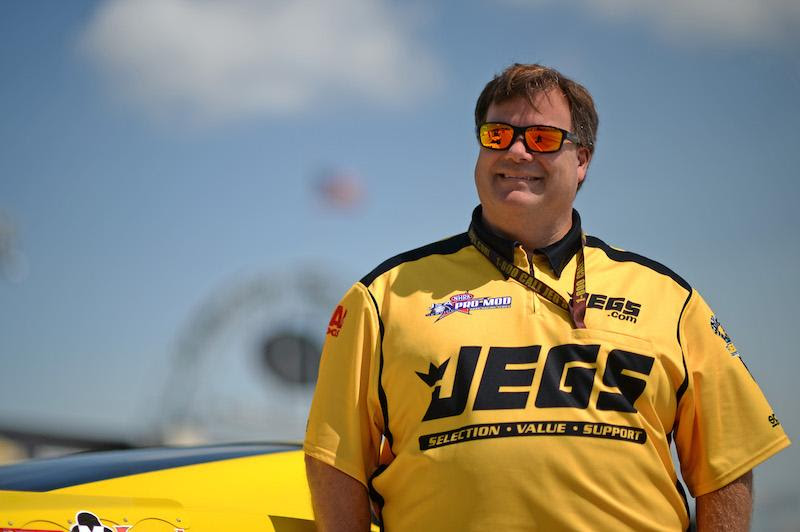 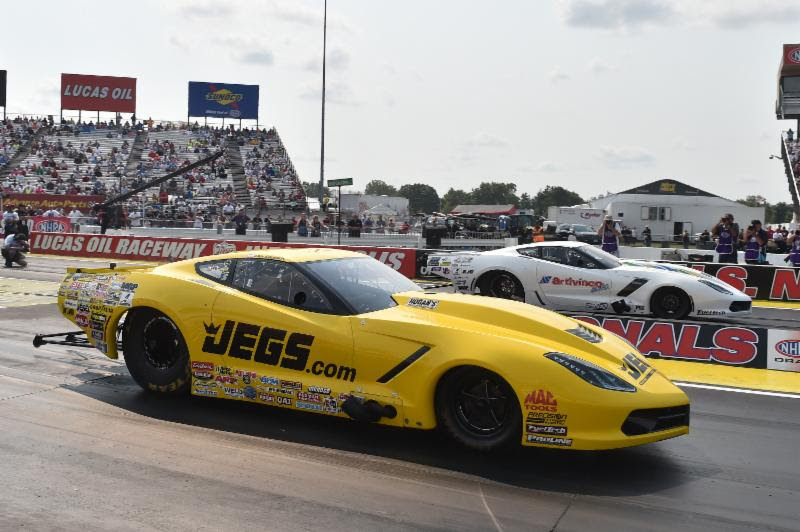